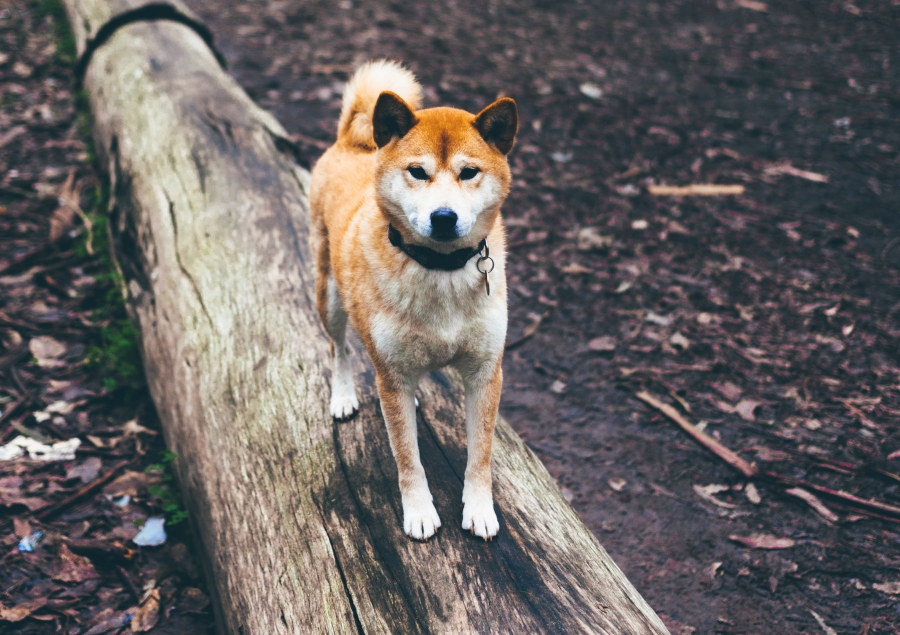 I was never a dog person growing up.  We never had dogs.  We had a cat.  Her name was Star and I did care for her, but in the sort of way that a mother might still care for their child even after learning that said child has been possessed by Satan himself.  The sort of love that says, “I still accept you, even though you are now able to rotate your head through a full 360 degrees.”  No one, save my folks, really ‘liked’ Star.  My friends certainly didn’t.  This was most likely related to her habit of stalking visitors to the house – waiting, for example, at the top of our staircase, only to lunge out at people as they’d rounded the corner to the second floor.  And then there was the hissing.  She was an unabashed hisser.

No I never had a dog until I started dating Rachel.  Rachel never had a dog growing up either, but decided that her gift for graduating from college and going off to graduate school at Penn State would be to finally get the dog she always wanted.  Of course Rachel didn’t just walk into the pet store and take home the first adorable mutt she laid eyes on.  She did her homework.  She read books.  She took quizzes.  She figured out exactly what kind of dog could handle being cooped up in an apartment all day long while she was stuck at school.  In the end, Rachel got Kito.  Then, a few years after we were married, we got Sake too.

Kito and Sake are Shiba Inus.  Shiba Inu translates, apparently, as “Little Brushwood Dog”, though we usually just say “Little Dog” – because Little and Brushwood seems redundant.  Shiba Inu’s are from Japan.  They were apparently bred to hunt small game (through the brush, I suppose).  To most people, they look like little foxes, especially the ‘red’ and ‘sesame’ varieties.  There is a ‘black and tan’ version too, and they look like foxes that have turned to a life of crime.

They really are handsome looking dogs.  If I had a nickel for every time someone stopped me on a walk to tell me how handsome my dogs were, well, I’d be spending a lot of time at one of those coinstar machines in the grocery store.  Many of those doggy gawkers want to know if a Shiba would be right for them.  What’s their temperament?  Well, according to the Japanese breed statement, Shibas have:

A spirited boldness, a good nature, and an unaffected forthrightness, which together yield dignity and natural beauty. The Shiba has an independent nature and can be reserved toward strangers but is loyal and affectionate to those who earn his respect.

What do ‘spirited boldness’ and ‘unaffected forthrightness’ mean?  It means they are like cats.  If you want a cat but don’t like the idea of a litter box, or are really worried about your furniture getting all scratched up, a Shiba may be right for you.  If you are looking for a dog, and want one that is super into you and follows you around and listens to everything you say and would rush into a burning building to save you or your kids – then keep looking.

Although this isn’t in their official breed statement, I’ve reached the conclusion that Shibas tend to come in two varieties: laid back and absolutely neurotic.  We have been fortunate enough to have one of each.  Kito, who we refer to as our little Buddha, is about as laid back as a dog could be.  The only thing that gets Kito animated is food.  He isn’t particularly picky either, though he has a slight preference for cheese and random riblets found in the neighbor’s grass while on a walk.  Recently he had quite the treat when our kids decided to surprise us before Easter by hiding hard boiled eggs in our bed and dresser drawers.  We only found half of the eggs that they’d hidden, along with a small trail of brightly colored egg shells winding through the hallway.

Sake is the exact opposite of Kito when it comes to temperament.  She is like a walking commercial for doggy Prozac.  She is scared of everything.  Other people.  Other dogs.  Things with wheels.  Things without wheels.  Little kids are especially disturbing to her.  Which makes sense, because for her little kids must seem like those freaky demon-like folks in the movies who shuffle about in an uncannily random manner or perhaps decide to suddenly flip over backwards and crab walk across the floor.  One second a kid is playing quietly with some blocks on the floor and the next second they are charging across the living room at you full speed with no obvious purpose save to keep you guessing about what the hell is going on in their heads.  Sometimes she just barks, but mostly she does this sort of chirping noise when she’s anxious, which owners of the more neurotic Shiba variety would recognize immediately.

The biggest issue with Shibas, though, is the running.  Shibas love to run, and more specifically, they love to run in a direction away from you, with no intention of ever coming back.  So unless you have a Shiba that is incredibly well trained, you can never let them off leash.  And seeing as well trained Shibas are about as common as Yetis, that means you can’t let any of them off leash.

To own a Shiba is to know the joys of running wildly through a neighborhood, pleading with your adorable little fox-like dog to come back to you – for the love of God, come back.  Perhaps, if you’ve left your house prepared, you may be armed with a chunk of cheese so that you can shout loud enough for everyone around you to hear ‘Kito, cheese!  Kito, come get some cheese!’

On more than one occasion while living in State College I was woken up with a phone call from Rachel at some early hour.  “Sa–ke.  In,” with a pause to catch her breathe, “Field.”  Here, come see my wife trotting around through an open field near our apartment, diving on the ground as Sake dodges and runs around her in circles.  This isn’t exaggeration.  I literally came running to the field one morning to find my wife lunging in the air at Sake only to be foiled each time.  “Help me!” she yelled, completely unaware of the Looney-Toons-esque nature of her endeavor.  “I don’t think she’s going anywhere,” I said.  “Maybe we should just wait for her to tire out.”  This was of course dismissed as just the sort of lazy advice you’d find from a husband who’d been sleeping in late when this whole ordeal began.  Though she did tire out, eventually.

Before we had our first child we heard warnings.  You may think you really love those dogs, but that love will be tested.  You will ignore them, they will feel neglected, irritate you more, which will lead to you ignoring them further.  My cousin told me a story of how soon after the birth of her first kid her bulldog wandered out into a busy roadway near their house and just stood there.  He was suicidal, she told me.

Back then I would visit friends who had kids and dogs and secretly judge them for the lack of care and attention they gave to their four legged friends.  It’s just sad.  How can they ignore their dog like that?  I guess some people just aren’t as enlightened as we are.

Now it turns out that all that ‘enlightenment’ goes right out the window the first time you find yourself awake at three in the morning, your newborn finally asleep after two straight hours of crying, and now your Shiba Inu is awake and chirping to go outside.  Biology has tunnel vision and when every ounce of energy and patience has gone into keeping this eight pound lump of helpless human being alive, there is just not much left for beings of a completely different species who can’t even pass any of your genes along.  In the end, I became one of those parents with dogs that other people visit, and pity.

It’s ok though, because our kids have taken up the mantle of caring for the dogs.  Our daughter will explain to people that ‘Sake is my dog’ and Kito is her brother’s dog.  They pet them and chase them and create opportunities for them to eat hard boiled eggs, shell and all.  It’s like trickle down economics, really.  Rachel and I pour all of our love and resources into the kids, and some of that love trickles down to the dogs.  It’s not a perfect system, but it works for us.